In the 'Name' of Gender Inequality 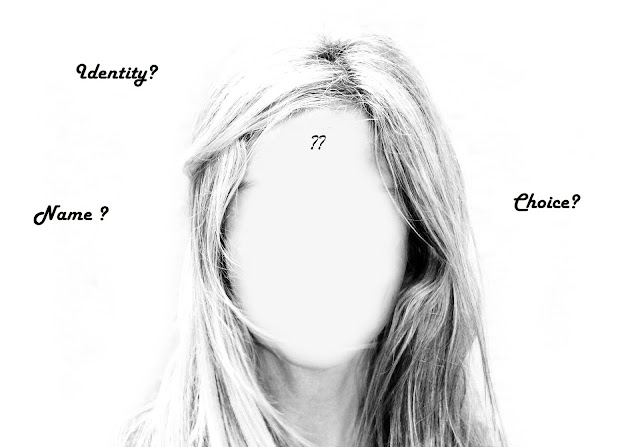 We are not born with a name. It is a social construct. But it forms a huge part of our identity. Ideally it is only in unavoidable circumstances that one would change it.

What are the reasons why men would change their name?

1) For want of a better name: Parents named you Chintu? Simple enough reason for a man of legal age to change his name!

2) For easy pronunciation: Indian names with many syllables are very difficult to pronounce making it difficult for its bearer to want to survive abroad – so Kalpen Suresh Modi split his first name to become Kal Penn. I wonder if Chan Kong-Sang would have been as famous as the Jackie Chan if he had not changed his name!

3) For a certain gravitas: Of course we know a lot of Hindi film actors who changed their names to add some persona to their names: Harihar Jethalal Jariwala became Sanjeev Kumar, Jaikishen Kaku Bhai became Jackie Shroff (Jackie seems to be a very lucky name but err...did not work for Jackky Bhagnani did it? Oh but he spells it slightly differently! More on that later…) All of this makes sense. Why Sunny and Bobby are better that Ajay and Vijay… I don’t know!!

4) For preventing discrimination: A lot of men from Bihar from lower caste adopted the generic ‘Kumar’ meaning ‘son’ in order to not reveal their backgrounds. Dileep Kumar changed his name from Mohammed Yusuf Khan in order to ensure that the anti-Islamic elements did not affect his popularity.

5) For numerological reasons: Rajkummar Rao added an extra ‘m’ to his name for numerological reason. Notably, he earlier identified himself as Rajkumar Yadav. He says he dropped the ‘Yadav’ because did not want to be mistaken as Rajpal Yadav, another actor in the Hindi Film industry. But it could also be for the same reason as stated in the earlier point.

6) When you change your religion: Music legend, A R Rahman was born Dileep Kumar (I know irony right?). When he adopted the religion of Islam, he changed his name to All-Rakha Rahman.

7) For showing support to their mothers and wives: Did this reason shock you? Hindi Filmmaker Sanjay Leela Bhansali dropped his father’s name from his and replaced it with his mother as a tribute to her. Journalist and columnist, Swaminathan S. Anklesaria Aiyar, made his wife’s (Shahnaz Anklesaria Aiyar) maiden name a part of his name in a move that put him in some august company. The Beatles band member John Lennon became John Winston Ono Lennon when he added his wife, Yoko Ono’s maiden name. Oh and BTW, John wanted to drop ‘Winston’ but he wasn’t allowed to revoke a name given at birth! There are several other Hollywood celebrities who adopted their wives’ names.

The above was not meant to be an exhaustive list. The point I was trying to make was that if a man had to change the name he was born with – he did it because he wished to. There was no rule book, there was no custom requiring him to do so.

What are the reasons a woman has to change her name?

A woman could technically choose to change her name for all the reasons a man would. But usually she ends up changing her name (mostly the surname or last name but sometimes the first name as well!) when she gets married- as a way to show her allegiance to the family she is marrying into. She has very little choice in the matter and it would be seen as breaking tradition if she didn’t do so.

How much time goes into changing your name?

The actual name change process may take around 1 month. But then you have to update a whole lot of documents – at your Workplace, Banks, Credit Cards, Driver’s License, Pan Card, Passport, Adhaar Card, Ration Card, voter ID card etc. It could easily take 6 months to a year or more, depending upon the efficiency of several government agencies. And in between all these name changes, you will have to roam around with your Marriage Certificate and name change documents to prove to people why you are not a terrorist trying to assume a new identity!

Earlier, a name change would not require so much effort. Today it is a long drawn procedure. These practical aspects must be taken into consideration before following traditions blindly.

Is it easy to get used to a new name?

When women in India change their names post marriage i.e. a good two decades into their lives, it could take months or years to get used to it. I can’t imagine how long it took actress Hazel Keech (wife of Indian Cricketer Yuvraj Singh) to get used to the name Gurbasant Kaur!

Say you do not change your name. The nation still wants to know if you’re married or not. So they will ask you if you are ‘Ms.’ or ‘Mrs.’! Interestingly, both are abbreviations of the root word ‘Mistress’ (i.e. the female equivalent of ‘Mister’) and neither were supposed to carry any marital connotation! The Mr., short for Mister of course never needed any indicator of his marriage status.

So while the wife is getting used to her new name, she must restrain herself from taking her hubby’s! Ok, so you can get your head around this a bit. There is usually a large age-gap between the spouses and we respect our elders.

In my case – I feel like I have the best of both worlds. Belonging to a Nair community in Kerala, prior to marriage, I had my mother’s surname and my father’s name next to mine. When I got married, I replaced my father’s name with my husband’s but continue to use my mother’s surname. It makes me feel like I have connected my past with my future. While there was still some name change involved and frustrating documentation to be done, I still feel that I don’t have such a raw deal as a lot of women. And that’s heart-breaking.

The way I look at it is that as long as patrilocality exists (i.e. when a wife moves into the husband’s family home), the wife will be expected to take the family name. My guess is that as more and more nuclear families come about with both spouses contributing equally to the household, there will be less and less familial pressures to follow customs blindly. Today hyphenated names are one way that women are holding on to their identity. But the end of the day, if a name change is the only way to prove one’s allegiance to the spouse then it’s only fair the husband change his name too. And true equality will only be achieved when the name of the mother also being a part of the child’s name.