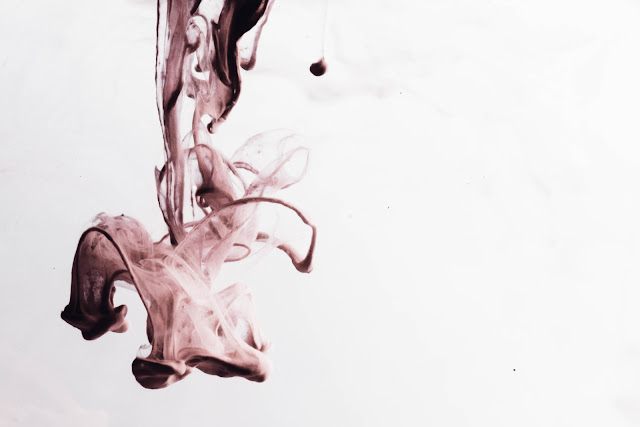 This post explores the taboos around menstruation that the feminist in me abhors.

I still remember the first time I saw a Sanitary Napkin ad on TV. I was in my fifth standard. It was before my I knew what periods were. Seeing blue ink fall from a beaker on a white piece of sponge, I wondered when I would get one - to soak up all the ink from my leaky fountain pen! I thought a sanitary napkin would be a nice stationery item! Another time, I visited my friend’s home. While we watched TV, I noticed her brothers giggle and nudge one another when one of the sanitary napkin ads came on. What was so funny about an ad on something so useful I thought? Of course I never bothered asking anyone for clarifications.

I knew I had to hide it from men

When I was finally schooled by my mom on the monthly activity I remember she asked my father to leave the room while she spoke to me. She did explain to me the technicalities quite well and led me through the journey. But I associated periods with something private and secretive. It was a woman’s thing and not to be shared with men.

A red stain was a blot on our existence! If any of my friends had an unfortunate incident and left a stain on her white sports skirt, everyone rushed to hide it. The boys must not get to know anything!  well-meaning friend would nudge you and raise the ‘red flag’ and at once a handy sweater would be tied around your hips!

Later when I got older and started buying my sanitary napkins myself, I noticed that the guy behind the counter packed it in newspaper and placed it in a black plastic bag before handing it to me. Again I never questioned any of this.

Wish I had been a sport about it

I was an athlete in school and was very active. So I had to be extra careful. An incident on the field would mean the ‘run of shame’ to the washrooms in front of everyone. I dreaded that more than coming second in a race… and I rarely came second! In hindsight I wish someone had told me and my friends that menstruation was natural. I wish I had the courage to go up to my male sports teacher and say, “Sir, I am on my period. I think I have had a small incident because my flow is quite heavy today and I have stained my skirt. I need to go to the washroom. I shall be back soon. Please excuse me.” If only I could have unashamedly run without a sweater around me and go unescorted to the washroom (I think most women make best friends only so they always have someone to run with them during their run of shame!), calmly clean the stain/ wear my spare uniform, drink some water and come back.

I’ve heard of stories of friends taking hormone pills to postpone or pre-pone their periods so that they can go for a trek without the inconvenience, only to have messed up their cycles for life! Oh and these pills are available over the counter! That is how careless and misinformed we are about our bodies! I’m glad I never resorted to such quick-fix solutions.

I shall be forever thankful to my mom for never treating me as an untouchable with several restrictions. I never had a separate set of utensils. I never had to stay in my room. I could go to the kitchen as many times I liked (to raid the refrigerator…never cooked) and I could eat anything I liked…even pickle! Granted, that not allowing the woman of the house in the kitchen while she is on her period, could have been because the rest of the family wanted her to rest in olden times. If someone feels tired and doesn’t wish to work it’s okay. But when I see my friend eating from a special plate in her room while her family eats together in the dining room, it saddens me. They’ve seen it happen to all the women in the family and that’s why you won’t even get a whisper from them on the issue!

When I came across this Whisper ad in the theatre one day – ‘Break the silence on periods’, I remember thinking that this should feel awesome…somebody was voicing my exact feelings as a teenager. But it didn’t evoke a positive emotion from me. Something felt amiss. It took me a while to realise that it was the word ‘Whisper’. ‘A whisper set me free' says one of the lines. And that was what ticked me off sub-consciously.

That’s when I realized that one of the biggest sanitary napkin brands in India, one that I have always used, propagates the taboo surrounding periods. A brand that has made several ads to showcase it as a friend of the empowered woman, (the ‘Touch the Pickle’ one being lauded widely), loses the battle because of its very name! Granted they came up with the name a while back, when period talk consisted of whispers. But today, I am not the same Ashwini as I was. Today, I do not want to keep quiet or whisper about menstruation. I definitely don’t want the younger generation of women to begin to whisper about the issue.  I don’t want them to treat the most natural thing in the whole world as if it were unmentionable. I want all of us to proudly carry the pack of sanitary napkins in our hand without any packing! I don’t want any of us to point at the product at the chemist. I want us to be able to call out the name of the product loudly.  But if the name of the product itself is ‘Whisper’, it defeats the purpose! And I am glad I am not alone in thinking this way. A petition on Change.org has been started by Shreya Gupta of Bengaluru asking the brand to change its name. They have also posted a video on their thoughts.


We are not aliens to have blue blood running through us! We don’t need it! With normal red coloured blood, we are still able to create life. And when we don’t conceive, the blood is shed. It’s time that the marketing teams of the sanitary napkin products stop just pretending to be feminists and really embrace the issue. If not rebrand themselves, Whisper should at least show red liquid depicting blood on a sanitary napkin like a brand ‘Bodyform’ did in the UK did recently. It will definitely get Whisper a lot of publicity but also give them an opportunity to right some wrongs. And to all those men who will feel uncomfortable while watching a red liquid fall on the sanitary napkin, I have this to say – women feel just as uncomfortable when we see you touch and feel your crotch area in public. At least the ad shall be about something that is natural!

Why it is important to ROAR: WE BLEED RED

It’s time that the world knew that we are not blue-blooded women who whisper about menstruation!

Ok…so we have had a movie on menstruation. We have had celebrities holding a sanitary napkin in their heads and posting it on social media. But when is the government going to subsidize sanitary napkins? When are we women going to come across and talk about emotions that come with the flow...pun intended?

I came across this article on how music artists in the West have expressed their emotions while they undergo their period in a very vivid and direct manner through songs. In India the closest we got is with this song parody by Girlyappa. I did read about a song titled ‘Come and Let’s Raise the Voice on Menstruation Taboo’ penned by social activist and lyricist Gowri Vandana but I am yet to hear it. Will we ever have a mainstream singer… say a Neha Bhasin come up with a realistic song that all women can listen to and hum that time of the month?

Why it is important to change men's perceptions on periods

Most women have at one time or the other wished they were a man and didn’t have to go through the monthly hassles! Do read this brilliant article on how different the scenario would be if men were to menstruate.

The unfortunate truth is that most men have a lot of misconceptions about periods. Don’t believe me? Watch this funny video. And it is our fault. We need to speak to our husbands, brothers and sons and sensitize them.

Pravin Nikam is another ‘Padman’. This 24 year old social activist imparts training to women on menstrual hygiene through his NGO, Roshni. In his TEDx Talk on ‘Men need to talk about menstruation’, he speaks of the need to educate the society about periods.

Menstrupedia is a comic strip that was the brain child of Aditi Gupta. Also available in Hindi now, it was a pioneer in spreading awareness about menstruation.

Sometimes I wonder if an Indian woman will have to resort to something more creative and in-your-face for people to pay close attention!

You have to talk. Period.

A few years back, I was going through a particularly difficult phase during my periods. The pain would get so bad that I would invariably take at least 1-2 days off from work in a month. I brought this up one day at a dinner table discussion and suggested that if Maternity Leave is ok…why not Period Leave? My dad disagreed vehemently. He said that women will never be considered equal if we ask for privileges. I think a lot of women will agree with my dad. But what about the women with conditions such as dysmenorrhea and endometriosis, for whom period pain could be as bad as a heart attack? For them, Period Leave would be a big boon. It may surprise you to know that menstrual leaves have a provision in Bihar government since 1992! I don’t think anyone will grumble if the HR provided additional 5-10 days sick leave to women in a year. We need to continue to have discussions and debates and arrive at a solution for the issue.

Women must openly discuss PMS and other issues they face every month. It’s ok to not be ok on your periods. Everyone is different.

Also don’t smuggle your sanitary napkin to the bathroom. What would happen if they saw that green plastic pouch in your hand? Nothing!

Don’t shy away from telling people you are on your period. Don’t call it chums, aunt flo, that-time-of-the-month etc. I think women and mothers particularly need to treat it as normal as possible so that the next generation is more empowered. Boys and men should also be taught not to treat menstruation as a taboo.

My last words on this…

Periods are not embarrassing. They are empowering.